A Middle Eastern fashion revolution is happening, and with the deposition of inauthentic global brands fostering fast fashion, we have readily witnessed the rise of many spectacular Arab retailers representing our region. In the wake of the increased media coverage and fashion magazines in the Middle East, there has been a countless number of gifted designers being discovered and commended for their phenomenal creations. Many of us are familiar with names like Elie Saab and Zuhair Murad, who have successfully become contemporary couturists both in the Arab region and internationally, but there are still an abundance of designers flourishing and gaining acclaim; so we’ve decided to give you a list of the Arab fashion brands we’re so very glad exist.

Topping the list we have Yousef Al Jasmi, a very talented designer from Kuwait. Al Jasmi is quickly becoming everyone’s favorite haute couture designer, from his hyper-embellished gowns to the refinement of his garments, his work has been deemed a success and has even scored him articles in Vogue. Whether it’s to a party or red carpet, his creations are no strangers to the Hollywood scene, worn by some of the biggest A-listers like Kendall Jenner, Lady Gaga and Celine Dion. His rapid rise to fame, that has immensely escalated this past year, has inspired so many young Arab designers to create and be industrious.

This Lebanese designer, commonly known for being the season one winner of Project Runway Middle East, is one to watch right now. His impeccable designs, that have been featured on Harper’s Bazaar Arabia, has left us all awestruck. Influenced by origami twists and architecture, Najd effortlessly combines minimal, classical and modern styles with an edge of complexity to create the most beautiful designs. His atelier has surely become a place to find elegant and unique creations, and we’re sure he’ll soon become as influential a designer internationally as he is locally.

Mohanad Kojak, one of Egypt’s leading designers, is taking the Middle East fashion scene by storm. Many may know the designer for his participation in the first season of Project Runway Middle East, as he recounts this as a turning point for establishing his brand identity and aesthetic. The brand is all about the celebration of identity and feeling empowered no matter what you wear, Kojak is incredibly effective in both creating the most extravagant pieces whilst also conveying important messages. It is evident that the brand has successfully become a popular name in the Middle East, Kojak’s grand designs have even been featured in Harper’s Bazaar Arabia and admirably worn multiple times in festivals by numerous celebrities like Nelly Karim, Dorra Zarrouk and Sawsan Badr to name a few. 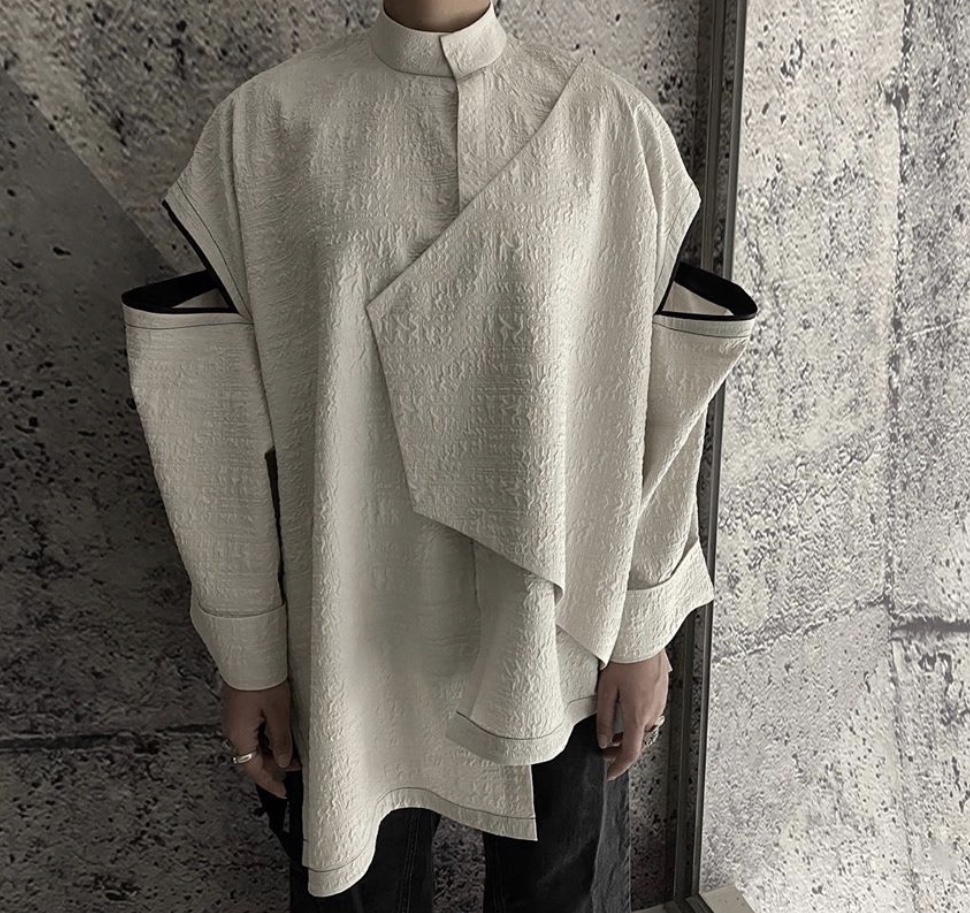 Danah Alzaman, a brand based in Saudi Arabia, is probably one of my favorite Arab brands ever. The designer aspires to capture the meaning of beauty, femininity and individuality by mixing shadow and light, their main concept is perfection being the perfect imperfection. Alzaman is incredibly innovative and revolutionary, from their multi-functional conceptual pieces of clothing to the interesting seams and details. This brand is sure to soon receive the recognition it deserves and become one of the Middle East’s most popular labels as it’s garments are perfectly executed, fascinating and very avant-garde. We are so thrilled to witness the growth of this brand and are anticipating its expansion to international markets.

Based in Egypt, Amna El Shandaweely, is a trendy and ultramodern brand that effortlessly combines traditional tribal trim with street fashion. The brand’s distinctive intertwining concept sets them apart from other contemporary brands and gives them a quirky and impressive edge that so many buyers love. From their compelling use of prints to their modish garments, this brand is definitely perfect for anyone who loves modish outfits made with a trendy twist.

It’s safe to say many of us have been obsessed with the work of Malek Gheni since his days as a contestant on the second season of Project Runway Middle East. The Tunisian designer is commonly praised for his opulent aesthetic and lavish gowns as well as his aspiration to make his customers feel comfortable and confident in his creations. Gheni skillfully combines his knowledge of creative cutting and design to produce some of the most elegant and original couture garments in the Middle East.

Abdelhanine Raouh, a Moroccan fashion designer, is another couturist we’ve been following for a while now. At just 23 years old, he started his own label, and was quickly commended for his spectacular craftsmanship and the quality sense of detail in his work. As he claims he is someone who fundamentally believes that clothing should define identity and personality, it’s no surprise that Raouh’s brand aims to reinvent traditional Moroccan garments as an ode to his heritage. His decorative creations are a perfect embodiment of elegance and classic allure.

True to its mission of recapturing “the essence of wearable art”, Ashi is a brand that has recently been praised in the industry for its ability to design, cut and sculpt the most breathtaking hand crafted garments that are indeed a work of art. Just this week, Mohamed Ashi has received acclaim for featuring in Beyoncé’s ‘Black Is King’ film with a spectacular hand-made piece that took 70 hours to make. The brand’s follower count has quickly skyrocketed ever since images of his masterpiece flooded social media, from the intricate detailing to the modern sharp shapes, Ashi has redefined the couture world with his innovative approach to fashion and has definitely become a designer to watch right now.

Meera Adnan is a contemporary womenswear brand we’ve recently come across and quickly become in awe of. The Palestinian brand that is currently operating from Gaza City, aims to reclaim their narrative and use influences such as religion, politics and local references to tell personal stories from the “city under siege”. Using local textiles, this brand also aspires to revive the Palestine textile industry and build a platform for Palestinian creativity. Not only is the intention behind the brand admirable, the silhouettes created in their garments and the intertwining of culture and contemporary fashion is impressive, trendy and something so many would love to wear. Their garments are stylish, sophisticated and expertly tailored, we are very glad this brand exists and definitely hope to see its growth in the years to come.

To conclude this list we just had to mention Jeux de Mains, a label created by the talented Lebanese designer Selim Cherfane. The brand’s aesthetic is composed of clean cuts, shapes, playful patterns and a bright color palette. Jeux de Mains has been swiftly gaining more and more attention, even catching the eye of Beyoncé who posted multiple pictures sporting their colorful full print suit. The exuberant nature of the brand’s style and the refinement of the garments has made their products heavily in-demand and desired both in the Middle East and internationally. From their innovative ideas to their vibrant ready to wear collection, Jeux de Mains is another one of our favorite brands we’re glad exists!