Going abroad for uni is a process, but at the time of Corona, it happens to be a lot more like going through the seven rings of hell. Let me explain. Take a deep breath and be prepared for the ride; because after going through it – I can assure you it’s everything but smooth.

To give you a bit of an idea about what we are dealing with, here is a little backstory: I applied to Medical school in Europe with a friend and settled for a university in Budapest, which I am currently attending. The road here was very bumpy! I’m going to skip past the details entailing the entrance exam, the disagreements with my parents- because let me be frank here- they are bound to happen either way.

Okay, let’s jump right into it:

Our first issue was the Visa, as borders between Kuwait and Hungary were closed as Kuwait is on the list of red zone countries, so getting my Visa was beyond just a hassle.

We waited while the semester started, and my crippling anxiety did not help one bit; Med school is hard enough without having to play catch up.

The university asked us for multiple tests; blood tests, urinalysis, and a chest X-ray. But, of course, the PCR tests tend to stand out amid all the others; the sensation of a Q-tip sliding through your nose and down to your throat twice in 48 hours is not exactly one you forget that easily.

My biggest issue was packing. No one tells you how packing is so hard- I mean 35Kgs to fit all my clothes, shoes, accessories, and necessities – HOW? Is that humanly possible; I had to pack a lot of heavier winter clothes, so I had to leave all my cuter summer clothes behind. I miss my jumpsuits, off shoulder shirts, and summer dresses. So, you get the point- packing was a nightmare; stuffing items into my suitcase to find that it was too heavy, and then filtering and then filtering again and again until we reached the magical number or the scale. I did not get to take any of my good coffee from home so I’m stuck here drinking instant coffee- which I don’t quite like, and I didn’t have space for my coffee maker- R.I.P proper coffee. (for now) 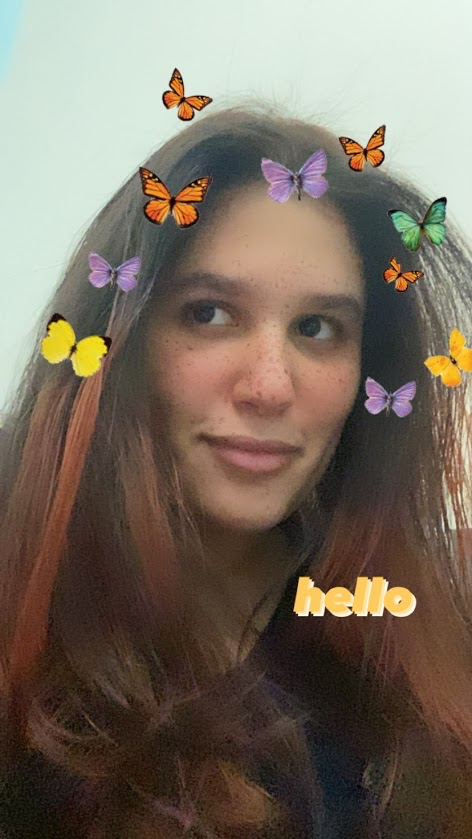 A picture of me a day before traveling

This just sucks. There is no way to sugarcoat it. It’s everything from puffy eyes, to lots of tears. It’s long hugs and “I am gonna miss you”’s. It’s emotional, it’s hard but you just do it and for a bit, your heart feels really heavy.

After saying goodbye to my parents here came one of the longest days ever. We go through our fair share of airport security, passport checks, the usual coffee before going to your gate, and then finally the gate. 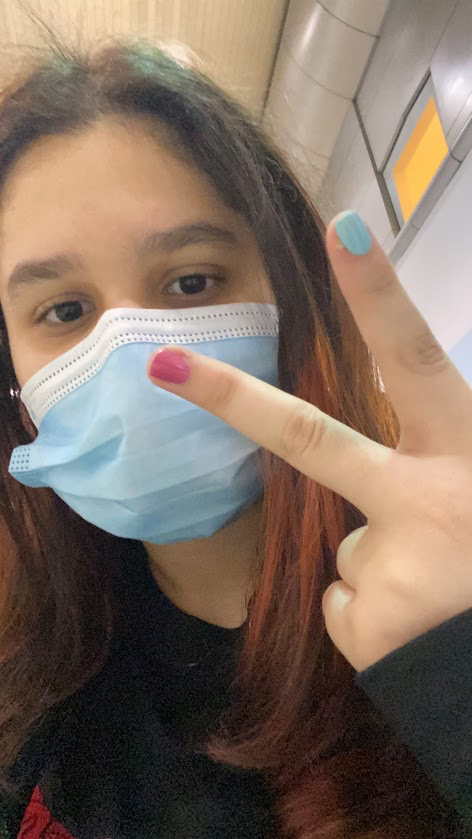 Here, we find out that we have to wear both our mask and face shield throughout the flight, which is also the equivalence of suffocating. The first flight was kind of bearable, but that’s because it was only a 2-hour flight and the games on our screens were working, so time passed quickly. We landed in Qatar where we had to wait for an hour, but their airport is huge – and was also the last place I used a proper shatafa and not just some portable one (the struggles of living abroad). We had to get to our gate (which was easy to find), and before we knew it we were aboard our second flight, which was slow, boring, hot, and 5 hours long. First of all, the games on our screens weren’t working. Second, I was once again suffocating under the mask and the cursed face shield. Third, I was not allowed to eat because we were planning to get a PCR test done once we arrived in Budapest, and the way they do it here is that they slide a Q-tip down your throat instead of through your nose to your throat.

We have finally made it, after hours of overwhelming anxiety, excitement, and exhaustion. But of course, it couldn’t be that easy. We stood in a queue to check our passports and it moved slower than my brain trying to comprehend integration. For some reason, every person was at the desk for ages, and I was really confused as to why until it was our turn. We each go to a different officer and we hand in our passports like we are supposed to, but then they start asking for papers which we do not have printed, and here starts the freakout. I was frantically texting my mum, and the lady telling my friend to go back to Kuwait definitely did not help, but at least the man checking my papers was super nice and patient. He kept saying: “don’t worry lady, take your time lady!”

Here is a snippet from my whatsapp conversation with my mum to show you how much I was freaking out: 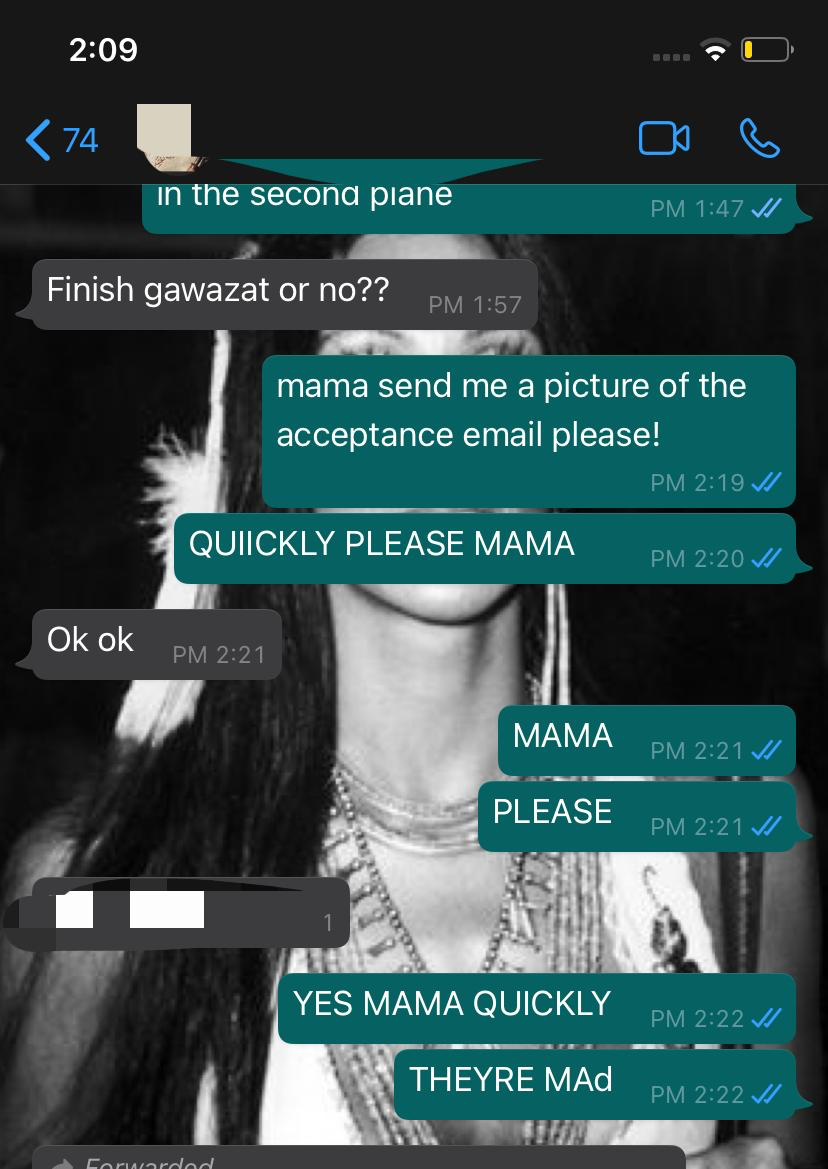 After passing through that near-panic attack experience we got our bags quite quickly and rushed out of the airport, took a cab to get to our PCR tests in time.

We did our PCR tests and were finally heading for our rooms by 5 pm. I do not know how to explain how tired I was, but holy crap, I was so out of it. We got to our rooms, changed, jumped up and down because of independence and all, and ate the shittiest instant noodles ever because hunger, my friends, can do that to you, and then last but not least bedtime and the only downside were those weird-ass pillows we were given. They were slanted for some reason, and they hurt my neck. I genuinely do not think they are meant to be pillows but I was too tired to care, and to be fair, I was going to be quarantined for a couple of days, so that was something I decided to worry about in the morning. 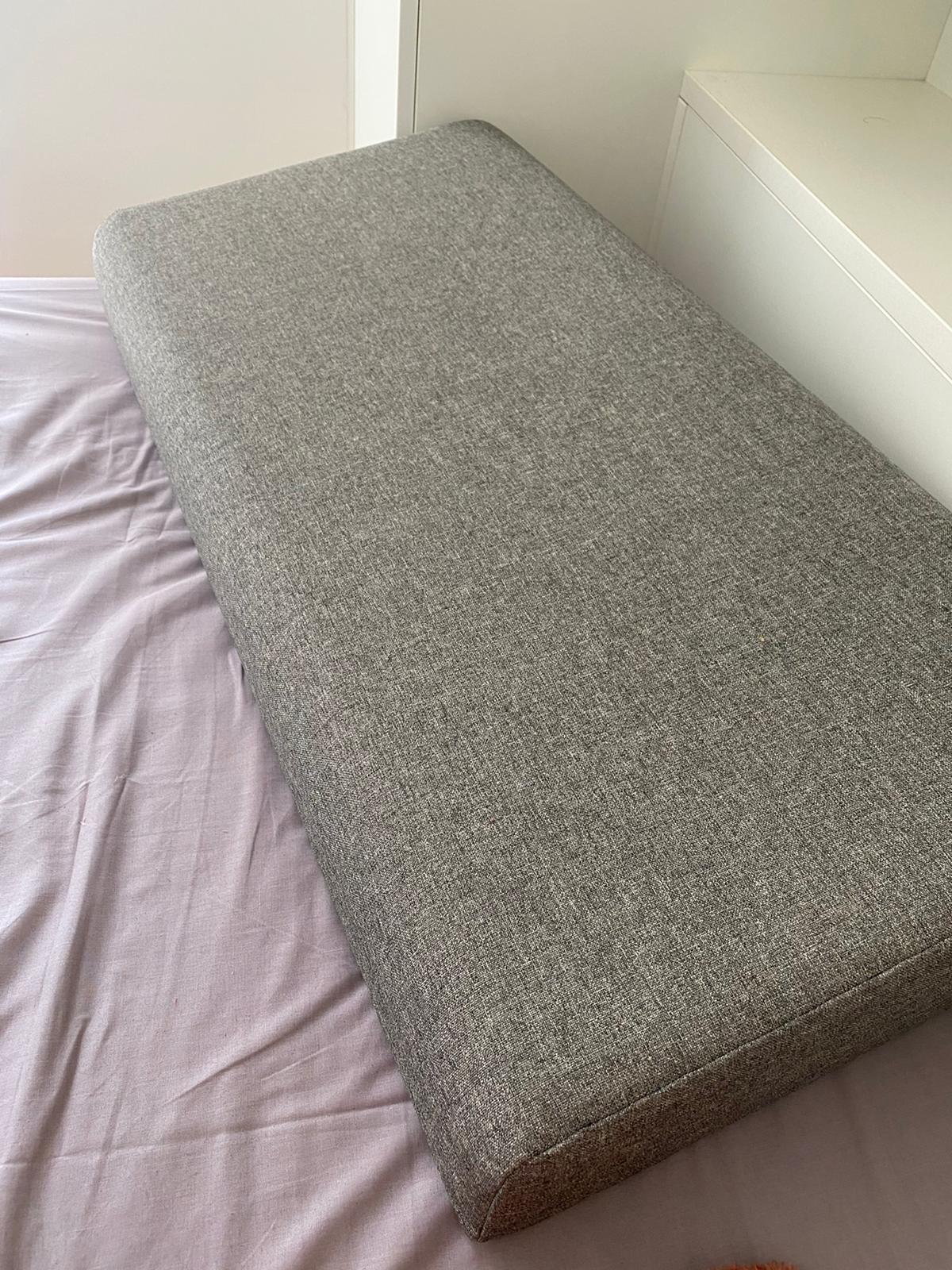 Unpacking. The dreaded action of taking things out of your suitcase and finding the best suitable place for them, and it’s pretty tedious and gives you irritable backache for some reason, but also can we please appreciate how cute my shelf looked.

We then went ahead and did some grocery shopping, which was very comedic because we ended up buying things like 1kg of parsley, which my mom responded to by saying: “are you making tabbouleh for the whole building?” The parsley ended up being parsley root, which resembles carrots but is white, and we had no idea what to do with it we eventually threw it out (yikes).

And then came our first lunch in Budapest, which we ordered from a Halal restaurant – honestly mic drop.

Spoiler alert: the halal thing is becoming kind of hard, and now I just say bismillah when I order fast food. Oops.

Anyways, I feel like I have been blabbing for a while but this pretty much concludes my journey Budapest, and if you guys like this I might go on and write my first semester and all the crazy things I have done so far.